Dr Brian McNair, an Australian author and academician, has explained the basic ideas concerning political communication in his book “An Introduction to Political Communication”, which discusses in detail the transmission of information in society for the purpose of politics and control.

The author, Brian McNair, is a journalism professor from Queensland University, Australia. The book discusses the role of communication in politics, and how citizens respond to political messages transmitted to them through media from political actors. The political actors are defined as individuals trying to influence decision making though different means.

Liking the sound of their own voices: A case of TV anchors and their shows

The aim of this research paper was to tap the role of anchorpersons of talk shows in promotion of media agenda and shaping political reality through measuring correspondence between time consumed by the anchorpersons and panel of experts. For the purpose, systematic random sampling technique has been used to select prime time talk shows of Geo News for one year. On the basis of wide coverage, three issues memo gate, law and order and corruption were selected to gauge the relationship between the variables. The results show a significant correlation between slant for the issues and time consumed by the anchors has been observed on all the three issues. The results showed that more the time grabbed by anchorpersons, more the programs remained in unfavorable state towards government. The results also revealed that 71% of total talk shows’ time was grabbed by the anchorpersons while panel of experts allotted 29% percent time in the issues. Anchorpersons remained unfavorable and biased in its deliberations towards government to a great extent by snatching the maximum time of the programs for molding the public opinion in a certain direction.

in the Editorials of Nawa-i-Waqt and Jang newspapers

Every newspaper dedicates space called editorial to put up its official stance on some topic. Contrary to objectivity being minded in news stories, an editorial either endorses or rejects an issue with stating its own editorial stance. The government of Pakistan, when initiated dialogue with the banned Tehreek-i-Taliban Pakistan (TTP), in 2014, two leading Urdu newspapers – Daily Jang and Daily Nawa-i-Waqt – in their editorials from January 2014 to July 2014 took up different positions.

The aim of this research study was to trace the relationship between media presentations and public priorities. To trace the media and public relationship for media influence on the public through agenda-setting, four issues Pak-US relations, energy crises, and national reconciliation ordinance were studied on two leading news cable channels, The Express and The Geo News Randomly selected news shows and bulletins for a period of one year have been examined to gauge the media agenda while a survey to cable television viewers of two news channels has been conducted separately to check the audience’s agenda on these issues. 156 news bulletins and the same number of prime time talk shows were analyzed through agenda-setting and framing models to gauge media agenda. Results confirmed strong connections between media’s issues salience and the audience’s issue priorities on four understudied issues. Correlations were measured from r +0.66 to r +0.90 with a p-value of less than .001. H1 and H2 have confirmed the strong media influence on the public priorities in ranking the understudied issues.

Internal security is the source of strength of any country, which directly impacts her foreign relations, economy, political stability, military strength, national morale, and social values. On the contrary, a state that is internally vulnerable runs a high risk of disintegration, and history is replete with such states. Pakistan is presently passing through probably the worst time of her history. It is confronted with numerous internal and external challenges that are impacting on her national security spectrum. Every country needs a strong, viable and sustainable socio-economic variable for growth. Internal security requires harnessing and orchestrating all elements of national power to achieve the desired results and no single instrument can work, therefore political process backed up by effective force structures, supplemented by economic initiatives and cooperation of regional and international players operating in the area is the solution to the current crisis. Based on the contemporary challenges that Pakistan is facing this article examines the dynamics of internal security and associated challenges impacting the national security of Pakistan. This study makes a point that it’s not only the internal faultiness that punctures the systematic approach rather the global and regional political environment that causes perpetual instability. The research is deductive in nature and uses a mixed-method approach to provide remedial strategies.

Usage of humor to Overshadow Islamophobia in the World

After the 9/11 incident in the United States, a hatred gap arose between the Americans and Americans Muslims. Many Muslim stand-up comedians started their efforts to decrease this tension through humorous performances and comic screenplays. Also, Muslim comedians are neutralizing negative social discrimination between Muslims and another world to reduce the impact of Islamophobia in the world. The purpose of the study is to examine the part of Muslim comedians and the sentiments of the listeners about their stand-up humor videos. This study is the qualitative content analysis of comments on videos of two American Muslim comedians Negin Farsad and Obeidallah Dean. For data analysis, Linguistic Inquiry & Word Count (LIWC) used to analyses the positive emotions, negative emotions, and emotional tone. Findings exhibit that Muslim comedians are playing a critical part to assist the Muslim community handle with the effect of Islamophobia. The study also investigated that Muslim stand-up comedians are contributing to lessen the stereotyping discernments and disliked comments about Muslim identity globally. It is concluded that comedy has also helped in comforting the audiences that Arab and Muslims are not unpatriotic and adversarial to the United States or to another world.

The US and Russian Battlefield Maneuvers in the 21st Century

of Islam and Muslims in the Australian Press

This study makes the point that the 21st century is practicing non-kinetic warfare and nations vulnerable to it must overcome their weaknesses or be ready to get consumed. The world at large has witnessed a shift in the co-existence of relations among nations. Traditionally, an ally or the foe had a decisive place in the phenomenon of cooperation and competition, respectively. Realist tendencies and strategies to outcast the strengths of one’s enemy were straightforwardly applied. Military means including framing alliances were applied to squeeze the very possibility of response mechanism vested in the enemy’s defense lines. Contrary to this, those who fall in the vicinity of friendship orally, were to the best helped and taken along. This crafted the era of kineticism, where political affiliations with all its strengths and weaknesses were open and nations have clear manifestation to opt for the best side. This had been the case from First to Third Generations of warfare. Somehow, the Fourth Generation of warfare has faded away from the very distinction between an ally and foe. The discourse of ‘national interest’ in the 21st century has fed anxiety and distrust among nations. This study, therefore, is deductive in nature and has used the above analogy as a theoretical premise to decode the hypothetical assumption that there exists a context of non-kinetic warfare and both the US and Russia have entered into ‘maneuvered battlefield’. Secondary data with authors’ own reflections being a student of international politics has driven the analysis and findings.

of Islam and Muslims in the Australian Press

EFFECTS OF TV COMMERCIALISM ON THE SOCIAL NORMS

This research focuses on Television commercialism and its sound effects on the values and norms of society. As “Advertising is any paid form of non-personal presentation and promotion of ideas, goods, and services by an identified sponsor” It is described that, television commercials are altering the values of our society not only in Pakistan but also in the world. Correspondingly, the aim of the current research is to disclose the role of the commercials in people’s lives and the effects of ads on the norms of society. In this regard, quantitative research designs to investigate the problem. The research distributed the questionnaires to respondents himself for the collection of data. The population for the current study is comprised of 150 Television viewers from twin city i.e Islamabad and Rawalpindi. The data analyzed by applying statistics tools and the chi-square test. the research would be an incentive in revealing the effects of types of advertisements on media and TV audiences. 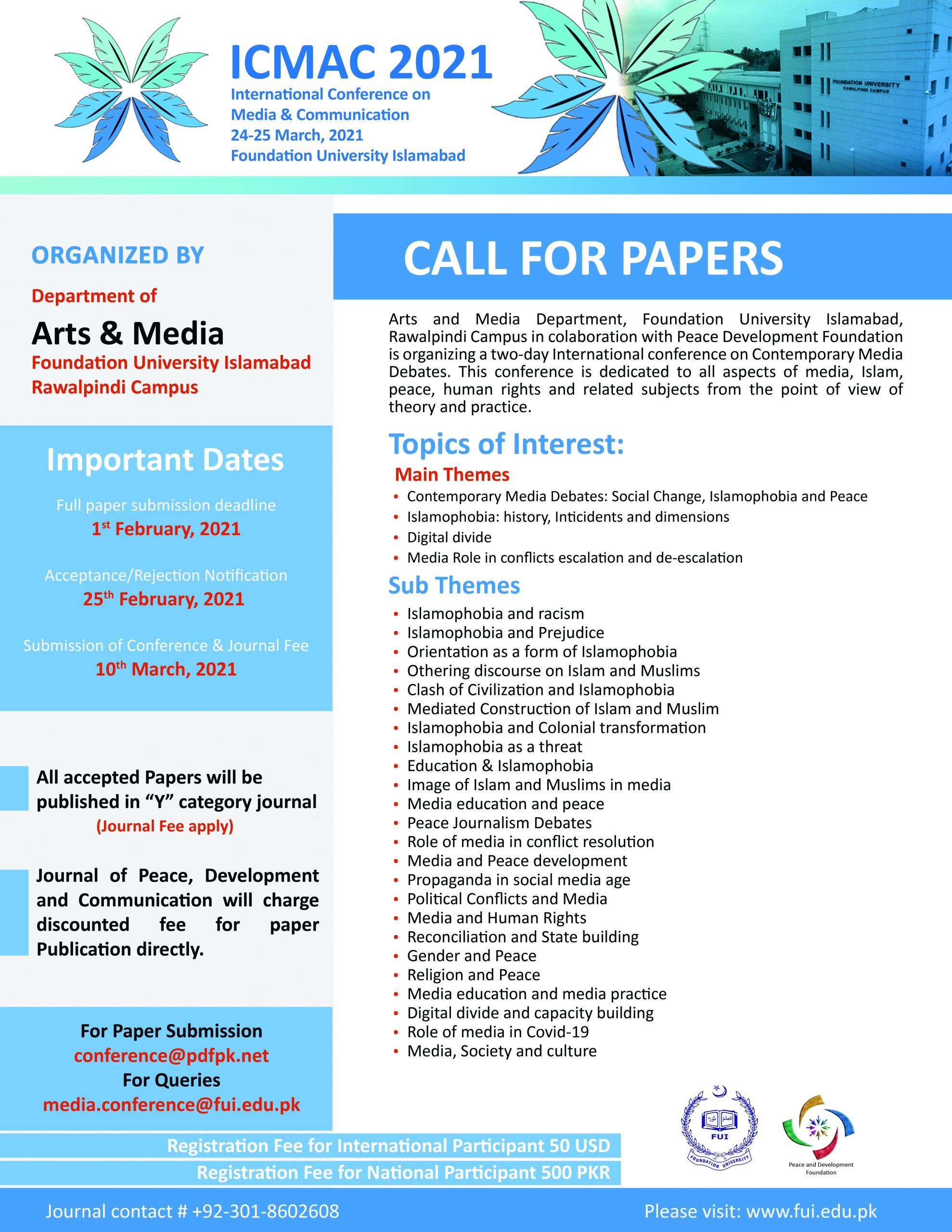 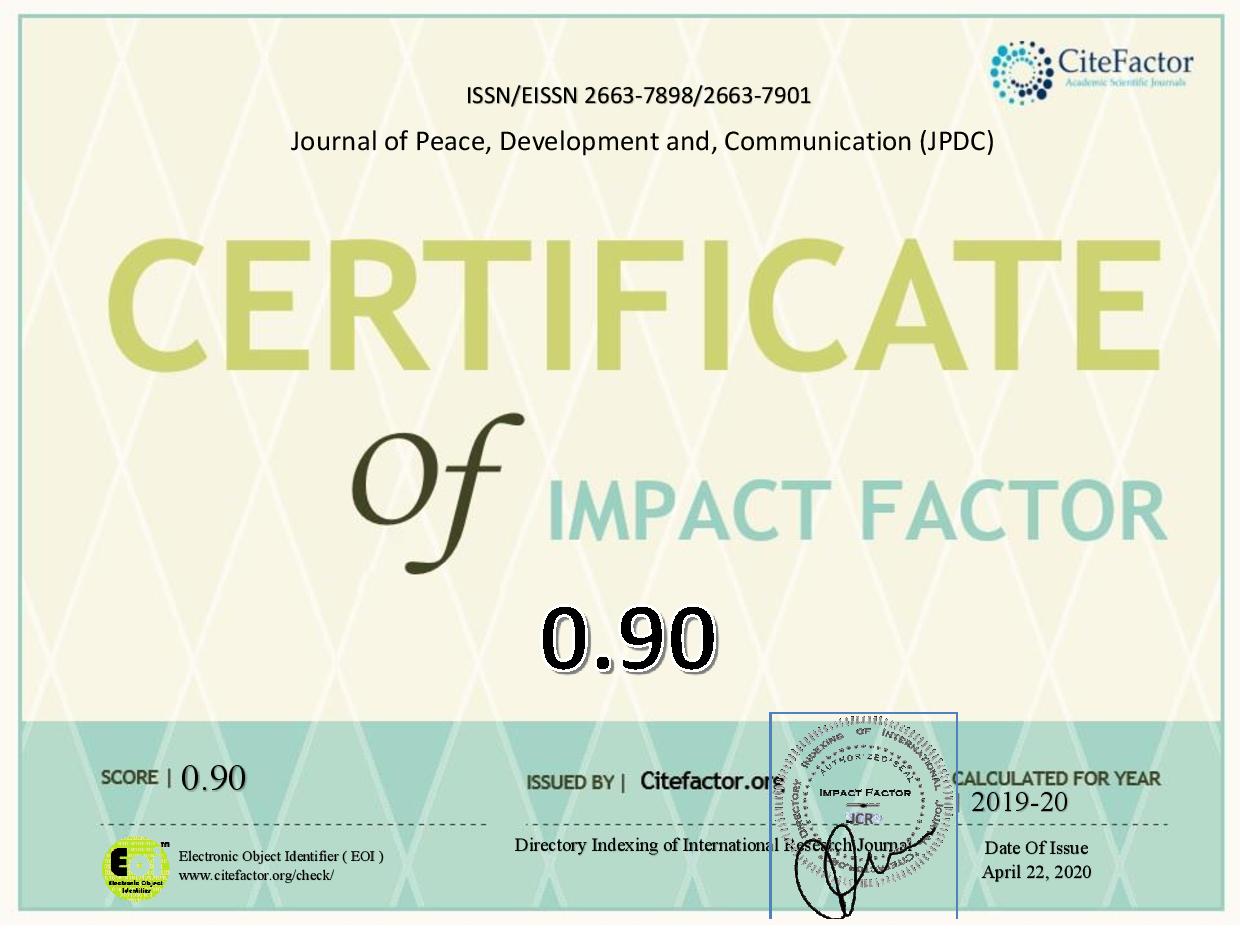